Signed with refinement and tradition

Dedinje is an elite part of Belgrade which acquired the status of the most desirable place to live at the beginning of the 20th century when wealthy Belgradian families started building their villas there. The building of the Royal White Palace in the 1930s confirmed the status of Dedinje as a premium location, home to diplomats, politicians and the business world.

Contemporary Dedinje is a mix of old and new. In addition to the charming old villas, structures that can classify as pearls of modern architecture are being built in Dedinje today ,including Palace One.

Despite new projects, Dedinje keeps its original charms, which made it such a pleasant place to live. These include its higher position than the rest of the city and its proximity to Kosutnjak and Topcider with their clean air. Dedinje escapes the city’s main routes and traffic jams, while all buildings have a relatively low number of floors.

Living in Dedinje is a privilege, both socially and for quality of life. Accordingly, opportunities to buy living space there are rare. A Dedinje apartment is a real treasure to preserve and inherit.

The heart of old Dedinje

The historic center of Dedinje is right on the Street Neznanog junaka, where the Palace One complex is. This part of Dedinje is known for its diplomatic community, reputable international schools, imposing avenues and villas.

Unlike the part of Dedinje that faces towards Senjak, where you can find no shops and public facilities, the old center of Dedinje has a strong community feel to it. There are some of Belgrade's most beautiful kindergartens and schools, cafes with extensive gardens, restaurants and more. The area is tranquil, safe and and yet only 10 minutes by car from the city outside of the rush hour, which is very rare in Belgrade.

Palace One  Dedinje is located in the Street Neznanog junaka. The property is surrounded by greenery, with direct access to the main road. A wide sidewalk and a bike path are directly in front of the complex. 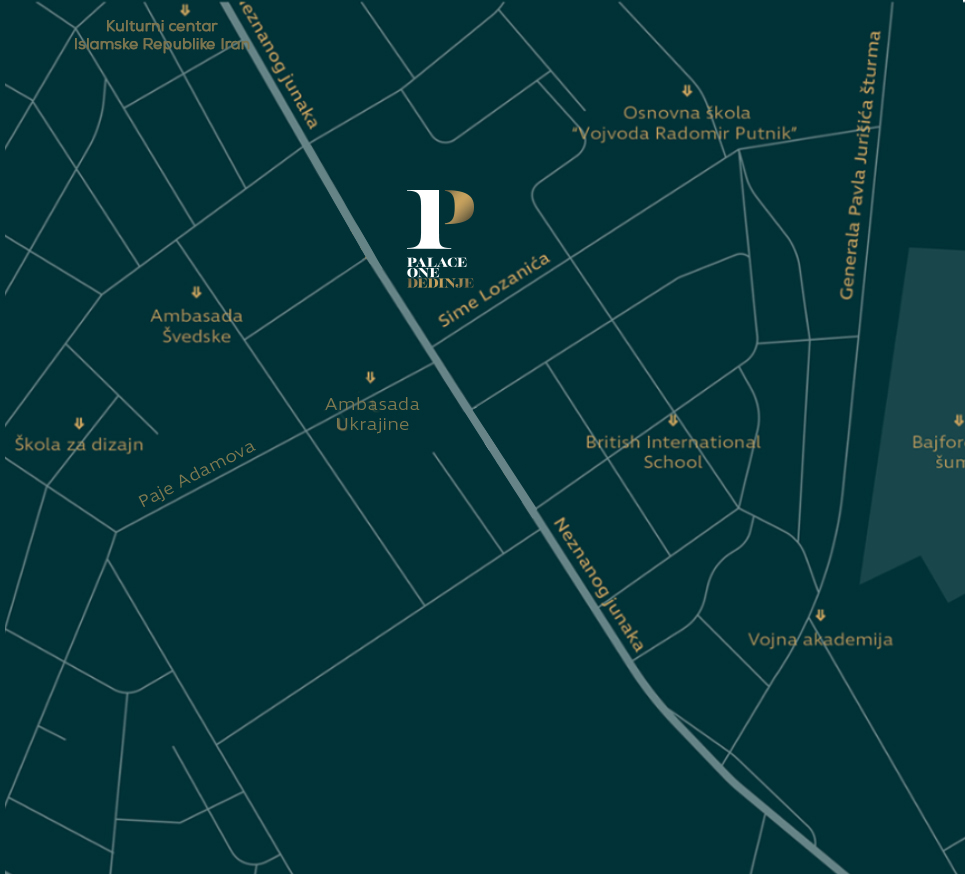